Please click on the agreement button below to acknowledge that you are a healthcare provider.

A stable, consistent, and ready to use liquid spironolactone for adult patients who have difficulty swallowing.

CaroSpir is the first and only FDA-approved oral suspension of spironolactone that provides a stable, ready to use, and consistent liquid treatment option for adult patients who have difficulty swallowing, or who cannot swallow tablets, and are suffering from heart failure, edema caused by heart failure and cirrhosis, and hypertension.

CaroSpir addresses the complexities and inconsistencies of crushing/compounding by providing patients with an FDA-approved oral liquid suspension of spironolactone. It eliminates the need for additional preparation by a pharmacist or patient and it does not have special storage requirements.

Dysphagia & The Need For A Liquid Suspension of Spironolactone

It’s important to optimize treatment plans for patients with dysphagia given these complications. Dysphagic patients who suffer from chronic heart failure, edema caused by heart or liver failure, and/or hypertension are often prescribed spironolactone that is crushed/
compounded from tablets into a liquid form.

Unfortunately, liquids derived from crushed/compounded tablets raise concerns about patient safety and efficacy, and they have come under increasing scrutiny from the FDA.

Patients who may need an oral liquid 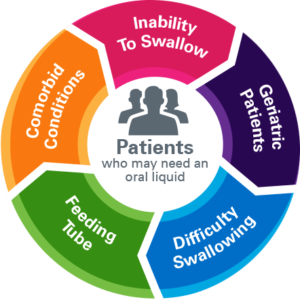 NIOSH List of Antineoplastic an Other Hazardous Drugs In Healthcare Settings, 2016 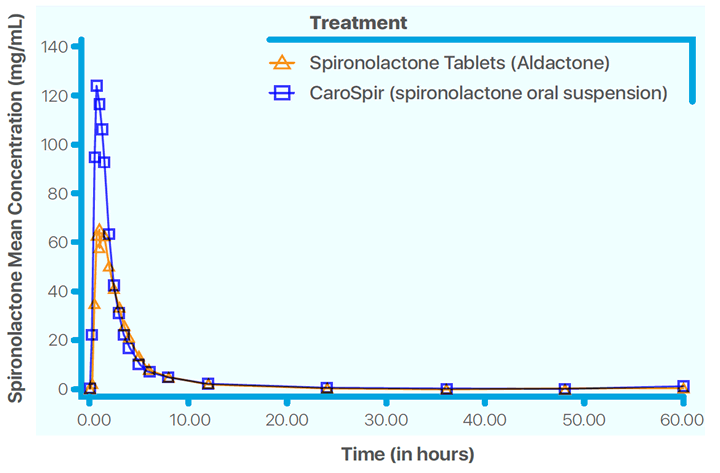 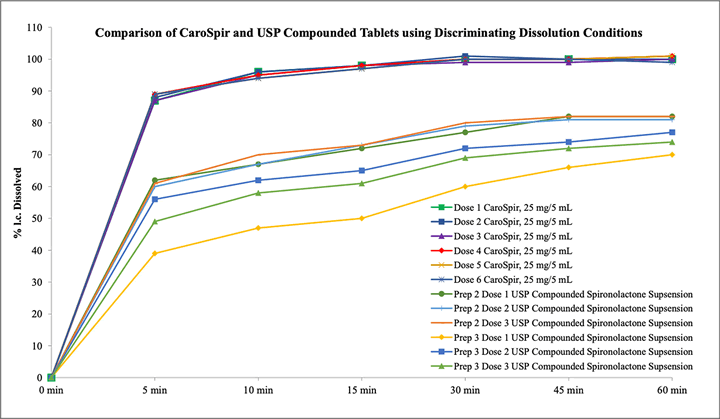 An in-vitro comparison study using a discriminating dissolution method was performed to show the comparison of 100 mg Spironolactone tablets when compounded and made into a suspension liquid according to USP and pharmacy methods and CaroSpir Oral Suspension, 25 mg/5 mL.

Disparities in dosing potency are dependent upon many variables including the consistency of the preparation and are influenced by the compounding procedure, person compounding, and compounding vehicles.

Get More Information About CaroSpir®

To receive more information about CaroSpir®, please fill out this form.
Fields marked with an * are required

Patients pay as
little as $0*

on each prescription
using the EasyPay Card

Terms and Conditions
* Void where prohibited by law. CMP Pharma reserves the right to rescind, revoke or amend this program without notice. Offer not valid for patients eligible for benefits under Medicaid (including Medicaid managed care), Medicare, TRICARE, Veterans Affairs, FEHBP, or similar state or federal programs. Offer void where prohibited, taxed, or otherwise restricted. Offer good only in the U.S.A. No generic substitution with this offer.

CAROSPIR is an antagonist of aldosterone indicated for:

CAROSPIR is contraindicated for patients with the following conditions:

CAROSPIR may cause the following conditions.

The most common adverse reaction (incidence > 5%) with CAROSPIR treatment is the increased occurrence of gynecomastia in men.

Talk to your healthcare provider about other possible side effects with CAROSPIR. To report SUSPECTED ADVERSE REACTIONS, contact CMP Pharma, INC. at 1-844-321-1443 , or FDA at 1-800-FDA-1088 or www.fda.gov/MedWatch.

CAROSPIR is an antagonist of aldosterone indicated for: the treatment of NYHA Class III-IV heart failure and reduced ejection fraction to increase survival, manage edema, and to reduce the need for hospitalization for heart failure; use as an add-on therapy for the treatment of hypertension, to lower blood pressure; the management of edema in adult cirrhotic patients when edema is not responsive to fluid and sodium restrictions.

CAROSPIR is contraindicated for patients with the following conditions: hyperkalemia; Addison’s disease; concomitant use of eplerenone.